Back to Catalog Costumes 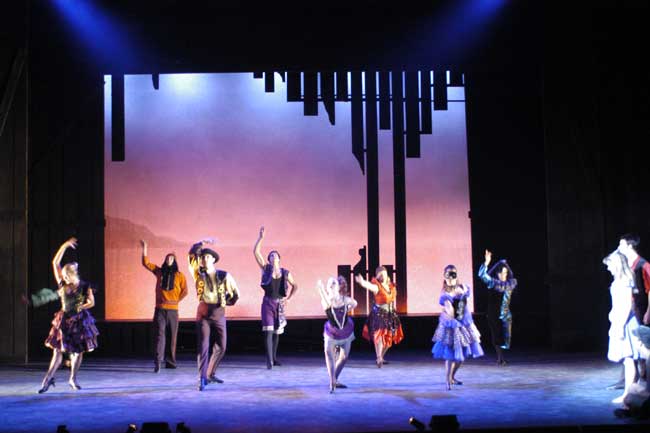 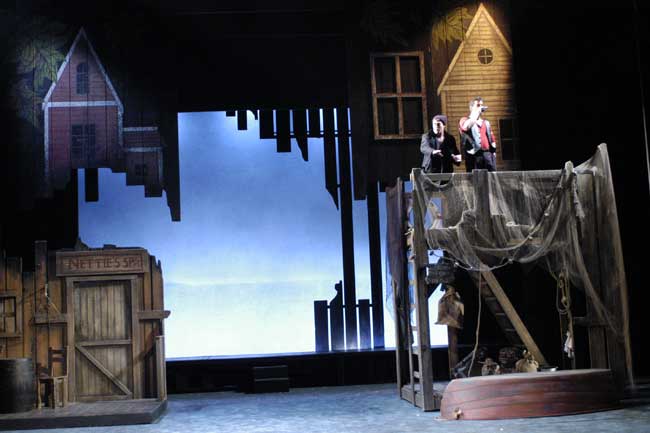 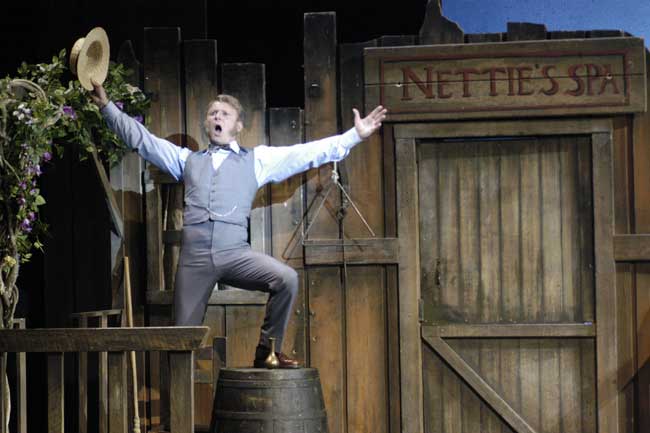 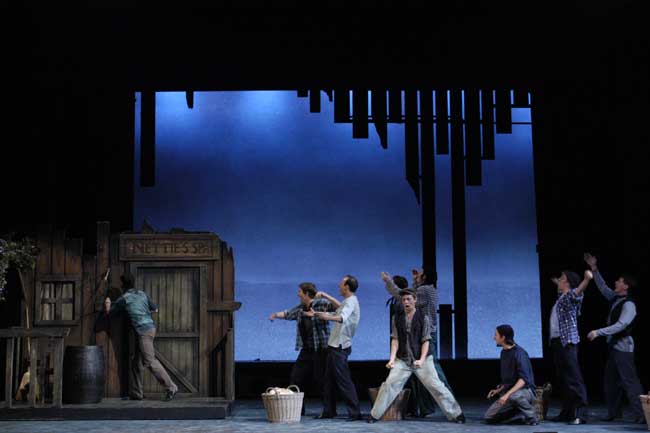 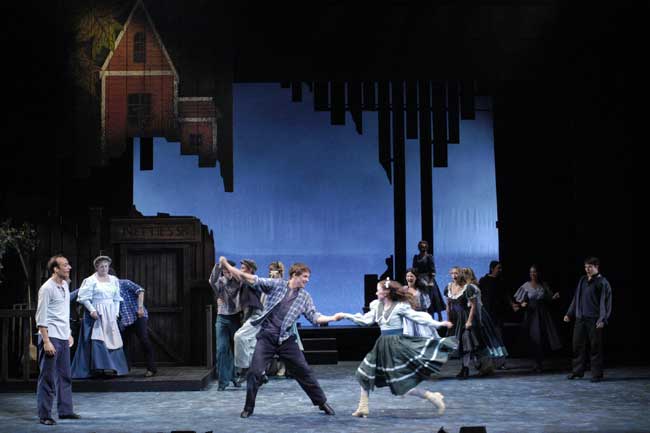 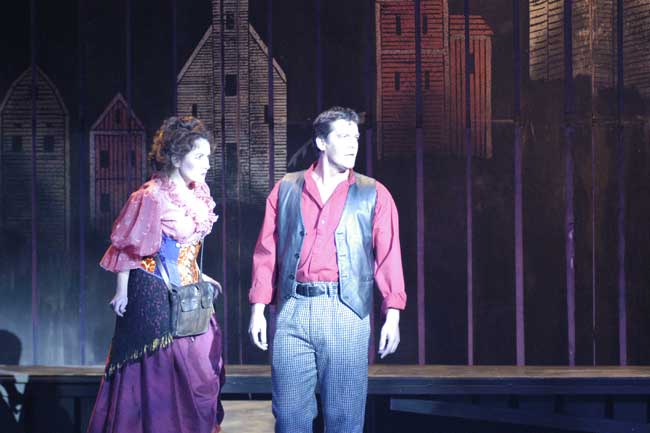 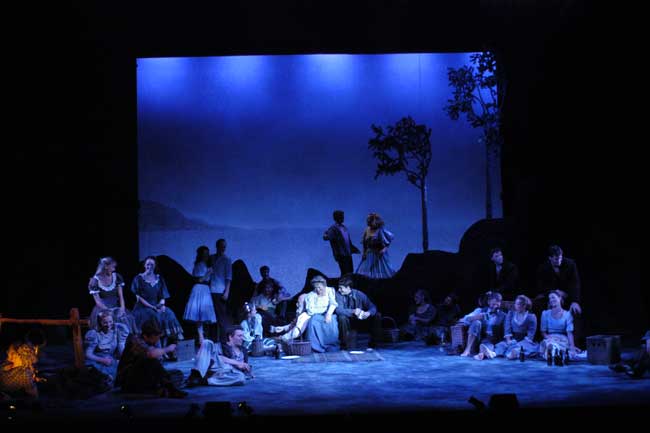 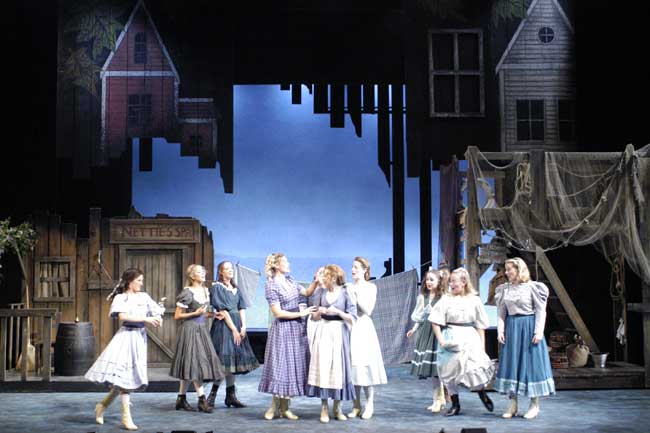 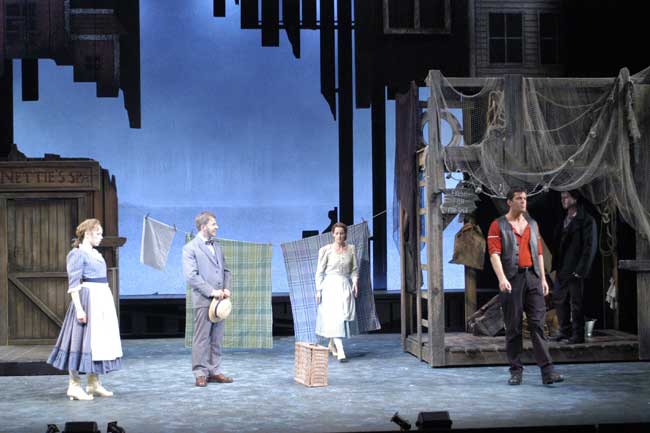 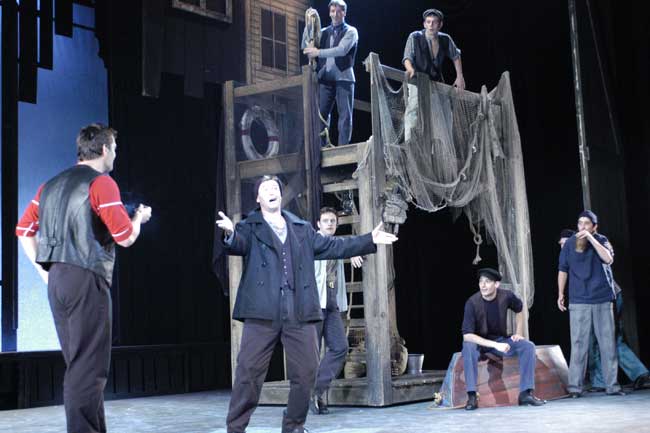 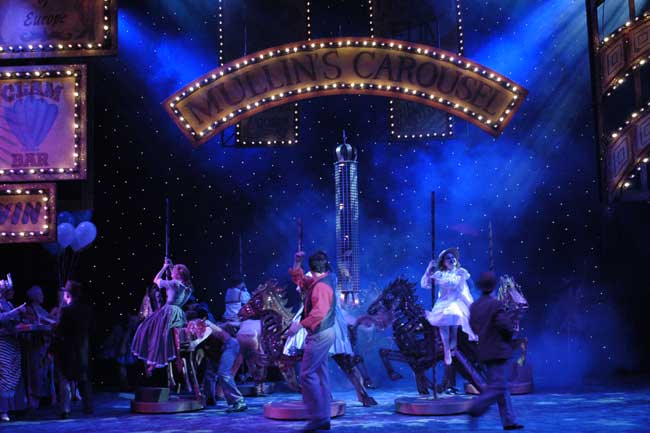 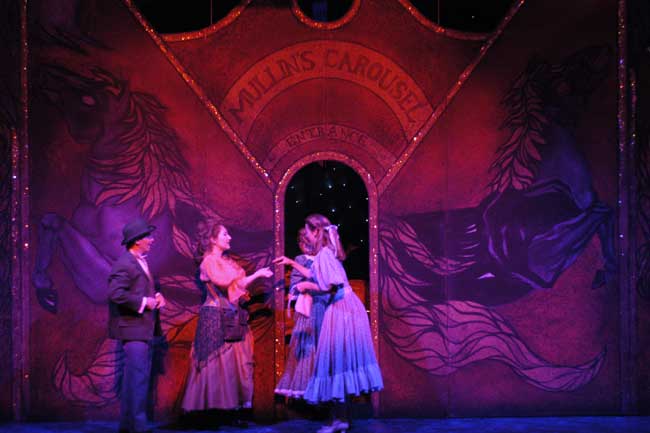 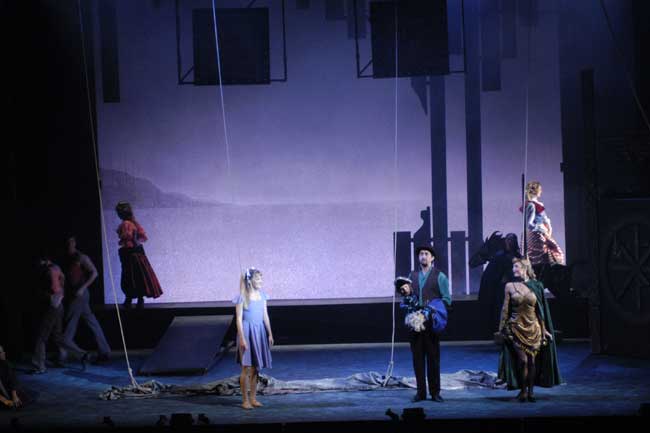 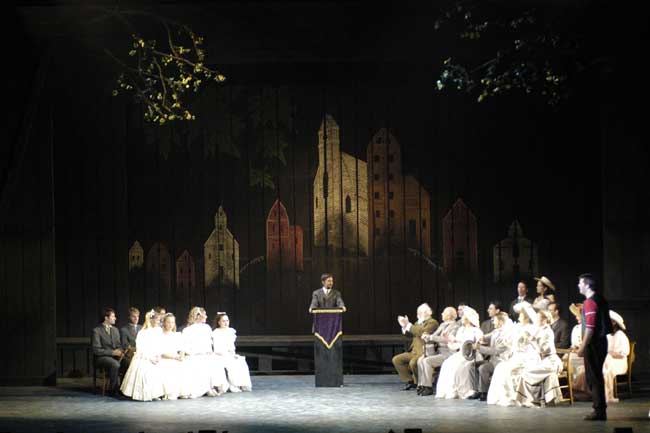 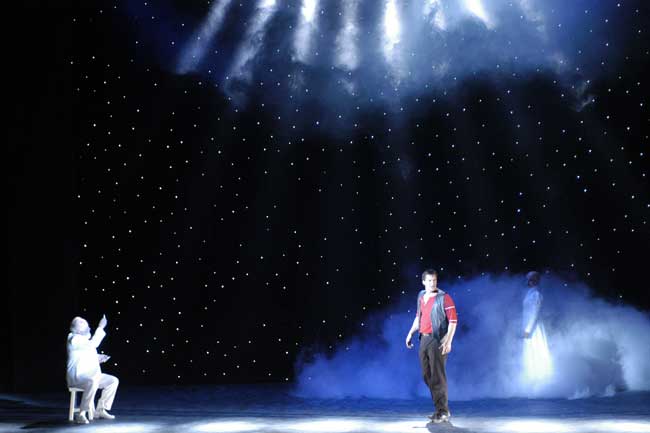 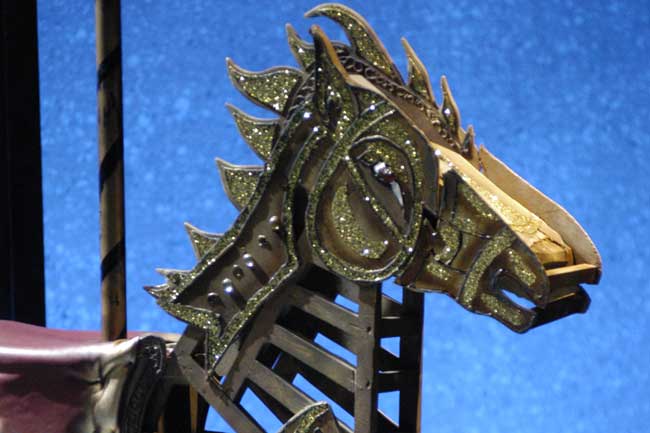 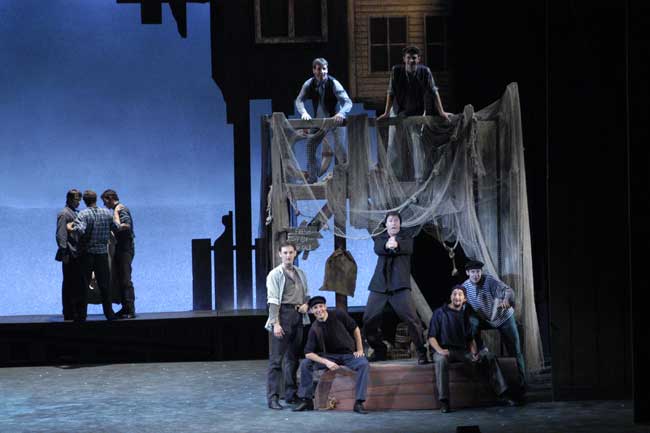 Rodgers described this as one of his favourite musical collaborations with Hammerstein. The intertwining of two contrasting stories, two women whose lives mirror each other – prosperity for one, hard knocks for the other.

The fairground where the story opens is populated with the exotic carnival folk in their eye-popping costumes and fairgoers in their best: Julie Jordan and Carrie Pipperidge, the two female leads, start as the carefree young single women they are at the beginning of the story, in their best like all the other townsfolk come to the fairground. Around them the colourful carny folk show off in costumes that reflect the often bizarre world of the American carny tradition – Red Indians, Knife-throwers, Fortune-tellers, a balloon-seller and many more. Billy Bigelow, the carny barker who is the ‘rough’ half of the male leads, dresses the part.

The tale spans years of time, and both leading ladies have all the costume changes needed to show them going from their beginnings to – in Julie’s case – a hard working widowed mother and in Carrie’s case, a well-to-do rich man’s wife. The other characters who follow them on their life journeys have full wardrobes as well.

Along the way, the famous set-pieces of this production have allowed our costume designers to highlight the thematic elements of the musical in the characters’ dress – the New England clambake and its folksy celebration, the sea-themed colours of the ocean scenes, the ballet – “Billy Makes a Journey” – with its air of dreamlike symbolism as Billy observes his daughter from the otherworld has its parallels in the strangeness of the carny folk, and the heavenly scenes with the Starkeeper adding a note of ethereal unreality with the stark white costumes of the supernatural. All of our costumes give the cast the authentic look and flavour of the times and places the tale unfolds through.