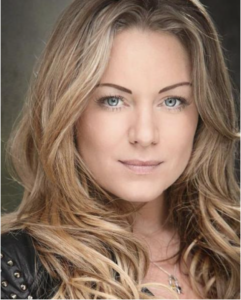 Rita continues her role as Roxy in one of the nation’s most loved continuing dramas, and has alsoappeared in Mile High as Hannah, Dream Team as Julie and London’s Burning.

In Spring 2012, Rita was the subject of a major documentary film Rita Simons:My Daughter, Deafness and Me made by Leopard Films for primetime BBC1. Rita actively supports the charity RNID. For more information please visit www.colekitchenn.com

Lucie is representing the United Kingdom in Kiev at the 2017 Eurovision Song Contest with the song ‘Never Give Up On You’. She is currently playing Maureen in the 20th anniversary UK tour of Rent. Her previous theatre credits include: Elle Woods in Legally Blonde (Leicester Curve); Molly in Ghost (Asian Tour);Victoria in American Psycho (The Almeida); Meatloaf in We Will Rock You (International Tour); Kelly Byrne in The Prodigals (Edinburgh Festival); Cosette in Les Miserables (Queens Theatre, West End and O2 Arena). Her TV acting credits includes: Melody Carver in Midsomer Murders (ITV); Louise in The Sarah Jane Adventures (BBC). Lucie was a finalist in the 2009 series of The X Factor.

Bill has been a professional actor across TV and Theatre for over 15 years. He lives in Bristol with his partner and two young daughters.

On TV, Bill is probably best known for his work on two of the country’s leading Soaps. He has just finished 3 years on Emmerdale, playing the well meaning but pretty hopeless farmer James Barton (Ross, Pete and Finn’s Dad) for over 300 episodes, who sadly met a rather gruesome, if accidental, death at the hands of his emotionally volatile partner, Emma, in one of the Soap’s biggest storylines of the year.

Previously, he played the rather nasty builder Charlie Stubbs in Coronation Street, also for 300 episodes, who also remarkably met a rather gruesome, if accidental, death at the hands of his emotionally volatile partner, Tracy, in one of the Soap’s biggest storylines of the year. He’s a bit worried about doing any more of these kind of jobs…

Though well known for his TV work, Bill is no stranger to the stage, and has worked on everything from Sophocles to The Spice Girls at Bristol Old Vic, Manchester Royal Exchange, Northern Stage, Clwyd Theatr Cymru, and The National Theatre Studio amongst others. He’s played Prospero in The Tempest in Guildford, Lancelot in Spamalot in the West End, and Kevin the Gnome in a muddy field in Glastonbury.

Before becoming an actor, Bill had a proper job working for over 10 years in the Advertising Industry, firstly as an Account Director, latterly as a Senior Strategic Planner at two of the world’s largest advertising agencies: Saatchi & Saatchi and Bartle Bogle Hegarty in London.

He also has a degree in Modern British History from Bristol University, and is a professional landscape photographer – he recently won the Adobe Prize at the 2015 Take a View Landscape Photographer of the Year Awards. You can see more of his work at www.billwardphotography.co.uk. 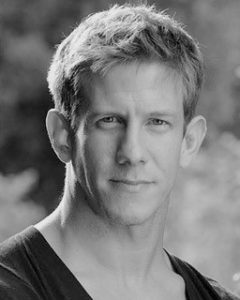 David was born and raised in Bedfordshire and graduated from Mountview in 2002.

He has also performed in ‘Oliver’ in Malaysia, the acclaimed production of ‘Gypsy’ at the Dundee Rep Theatre and a highly successful new production of ‘Chicago’ at the Aberystwyth Arts Centre where he played ‘Amos’.

In 2006 David was fortunate enough to be part of a brand new musical written by the Heather Brothers, where he got to play a Serial Killer in ‘Teen Scream’, at the Edinburgh Festival.

As well as numerous Pantomime appearances across the Country over the years, including, Stevenage, Lincoln, Malvern, Lowestoft, Swansea, Bath and Poole, Choreographing the latter, he also spent an incredible year at the world famous ‘Funny Girls’ at Blackpool, which was a true education in more ways than one.

He has been Lead Production Vocalist and Company Manager for both, Princess Cruises and P&0 Cruises, aboard ships including The ‘Royal Princess’, named by the Duchess of Cambridge in June 2013 as well as the inaugural casts for P&O ‘Azura’ and ‘Ventura’.

David is delighted to be reprising the role of “Emmett” in this new production of LEGALLY BLONDE for UK Productions, and as ever, he would like to thank his family for their unwavering love and support. 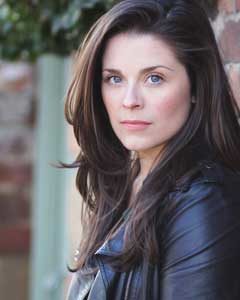 Laura trained at Royal Central School of Speech and Drama, London. Whilst training Laura won a BBC Performing Arts Bursary, and reached the final 12 of the Stephen Sondheim Society’s Student Performer of the Year.

Laura has just finished touring with Blood Brothers as Donna Marie/Miss Jones where she covered, and played on numerous occasions, Mrs Lyons. During this time she also performed in the successful Manchester premier of Jason Robert Browns, Parade as Lucile Frank (Hope Mill Theatre) 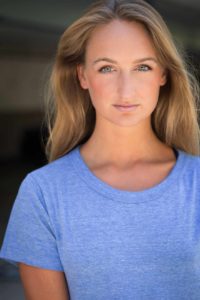 Helen has just  finished playing all the female roles in Andrew Lloyd Webber’s Starlight Express in Bochum, Germany, including the lead role of ‘Pearl’.

She can be seen in the ICF feature film Chalet Girl and has previously worked for the BBC, ITV and Nickelodeon with performances on Abbamania, Murder in Suburbia, Genie and The Royal Variety Show. 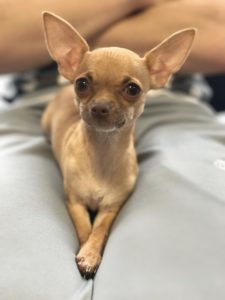 Bruisey Williams-Dodd hails from a family of 4 and was hand-picked at the age of 3 weeks by Messrs Dodd & Williams to star as leading Canine in this new production of LEGALLY BLONDE.

After months of training and rehearsing, Bruisey hopes you think she’s just as fabulous as she thinks she is…

Woof woof yap to you all. X 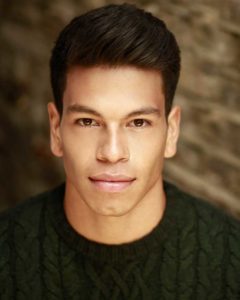 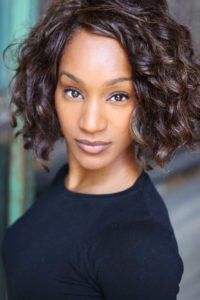 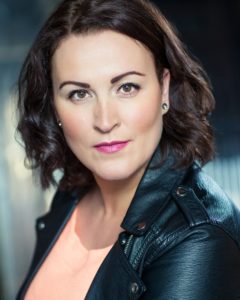 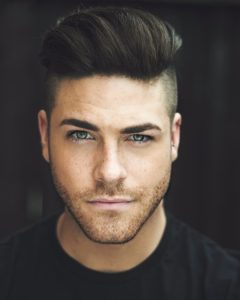 Training: From the age of 16 Connor trained at Confidance MTS in Glasgow. He went onto obtain a 3 year scholarship at Laine Theatre Arts in London, and graduated with a diploma in professional musical theatre and dance.

Connor has spent much of his career working internationally and he is delighted to return to the UK in this production of Legally Blonde! 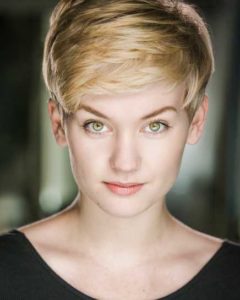 Credits whilst training include: Audrey in Little Shop of Horrors. 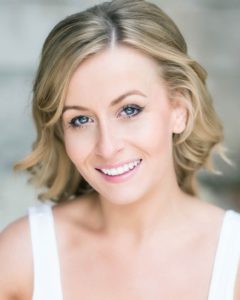 Rachel also performed in last year’s ‘West End Bares’ for the MAD trust – Excalibare at The Novello Theatre and in the Gala performance of DISASTER! also for the MAD trust at The Charing Cross Theatre.
Workshops include Hell Sing!, directed by Colin Charles and Travels With My Aunt (written by Stiles and Drew), directed by Christopher Luscombe
Television includes The Rocky Horror Show Live.; ‘Time Warp’ This Morning ITV; featured skater/dancer in H&M Christmas Commercial 2015, and also featured artiste in the Boots Christmas commercial – ‘Here Come the Girls’!
She has appeared on the music video for ‘Standing Next to Me’ by The Last Shadow Puppets
and recently as skating /backing dancer on The X Factor.
Recordings include Waterloo (original cast).
Films include Wild Child (Working Title Films)
Trained at Bird College of Performing Arts and CWF Film Academy London. 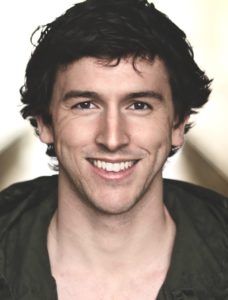 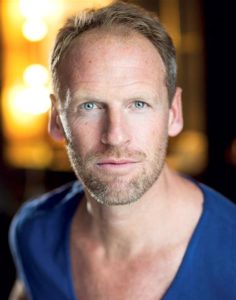 Most recently, Ben played Sam Carmichael in the smash-hit ABBA! musical, MAMMA MIA! (Littlestar/RCCL), a role he also played in the Austrian premiere of the show in Vienna.

Prior to this, Ben played Gaston in the Original International Tour of Disney’s BEAUTY & THE BEAST, a role he reprised for 3 happy years on the UK Tour.

Ben is delighted to be playing Kyle in the UK Tour of this brand new production of LEGALLY BLONDE, and hopes you enjoy the show! 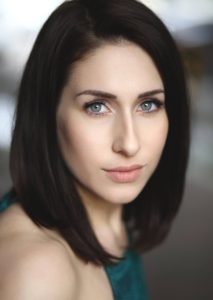 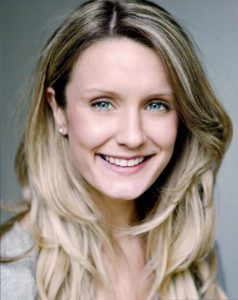 Rosie trained at the Arts Educational Schools London and The Guildford School of Acting, where she graduated with First Class Honours.

Recent work includes Wendy in Peter Pan (UK Productions) and Fiona in Bananaman at the Tristan Bates Theatre as part of the Page to Stage Season of new musicals. 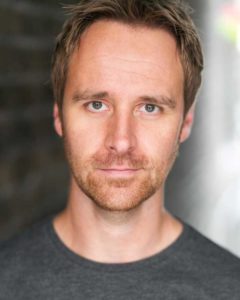 Film includes: Capricious (7/5 Productions), Benedick in Much Ado About Nothing (Oddsocks Productions), One Minutes (Possible Dream Productions), Tessa (Light House).
Television includes: Arthur Seaton in Books That Made Britain, Carter in Doctors and himself in the Shakespeare feature for Champions League: Leicester vs. Sevilla. 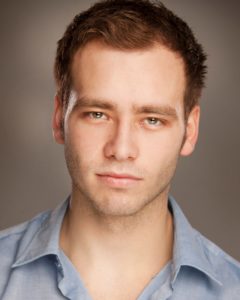 Andrew began his Performing Arts training at Gorseinon College in South Wales, before continuing his training at Bird College of Dance and Musical Theatre in London. Whilst training, Andrew was a member of the Bird Theatre Company, with which he toured extensively throughout Europe. 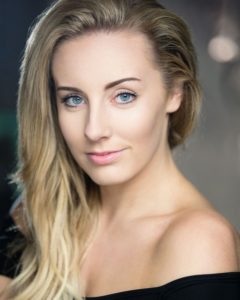 Rebecca is thrilled to be making her touring debut in Legally Blonde and would like to thank her wonderful family in Scotland and her friends for their constant love and support. For more info visit: www.rebeccastenhouse.com 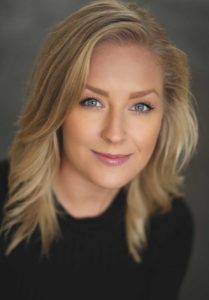 Alexandra is from The Wirral, and began dancing at the age of three. She went on to attend The Hammond School in Chester and at 16, gained a place at The English National Ballet School were she continued her training for two years, before deciding to complete her diploma at Laine Theatre Arts.